"You owe me, remember? I gave you information, and it saved your Jedi friend. I am calling in that favor."
–Cikatro Vizago

The galaxy's Scum and Villainy are about to demand what they are owed. And then they're going to go Epic…

Fantasy Flight Games is proud to announce the upcoming release of the C-ROC Cruiser Expansion Pack for X-Wing™!

Designed for use in the game's Cinematic Play and Epic Play formats, the C-ROC Cruiser Expansion Pack contains one C-ROC Cruiser miniature, one M3-A Interceptor miniature with an alternate paint scheme, seven ship cards, thirty upgrade cards, and all the maneuver dials, damage decks, tokens, and game pieces that you need to fly your C-ROC Cruiser and its escort to battle. Additionally, the expansion includes a new campaign for Cinematic Play in which your C-ROC draws the ire of either the Galactic Empire or Rebel Alliance.

The C-ROC cruiser was a favorite vessel of traders, smugglers, privateers, and crime lords all across the Outer Rim. It utilized the same frame as the Empire’s Gozanti-class cruiser, but its extra cargo space, three additional engines, and modified armor lent it a distinctive profile. Fitted with weapons and specialized equipment, the C-ROC often served as the workhorse at the heart of both merchant convoys and pirate fleets, hauling cargo, supporting smaller ships, and even flying into the fray to engage enemy craft directly.

The C-ROC Cruiser can also serve as the workhorse of your X-Wing Scum fleet. It can soak a tremendous amount of enemy fire with its four shields and ten hull, especially when you consider that it can make use of the reinforce and recover actions—the first of which can reduce all damage against either its fore or aft sections, and the second of which can remove much of the damage it may suffer. Importantly, it does all this at a base value of just thirty-five squad points, making it a fantastic bargain for a faction that's all about the credits.

Of course, you're not likely to field your C-ROC without one or more upgrades. For starters, you'll probably want to equip a Heavy Laser Turret in order to fire back at your assailants, and then you'll probably find plenty of good ways to take advantage of the ship's many upgrade slots—two crew, one hardpoint, one team, and three cargo.

Even if you're not entirely certain which upgrades will serve you best, you could just load your C-ROC with Cikatro Vizago, Azmorigan, and the Merchant One Title. Taken together, these cards allow you to transform your C-ROC even in the heat of battle, making certain you'll benefit from the most useful upgrades in your collection—so long as they cost no more than the crew, team, or cargo upgrades your C-ROC has already equipped.
The C-ROC and Standard Play

Even though the C-ROC arrives to X-Wing as a huge ship that's too large for the game's Standard Play format, it still arrives at the game's standard 1/270 scale, and it is accompanied by an M3-A Interceptor escort with an alternate paint scheme, four new M3-A aces, and a host of new upgrades. Taken altogether, these tournament-legal materials stand poised to make a major impact upon the game's Standard Play format and its vibrant tournament scene.

The C-ROC Cruiser Expansion Pack comes with one M3-A Interceptor with an alternate paint scheme.

For starters, you'll find a copy of the "Heavy Scyk" Interceptor upgrade reprinted with its recently issued erratum. For just two squad points, this upgrade grants your M3-A Interceptor an extra point of hull, as well as the ability to equip a cannon, torpedo, or missile upgrade. But while the "Heavy Scyk" Interceptor Title has long defined the different ways you could outfit your M3-A Interceptors for battle, the C-ROC Cruiser Expansion Pack also allows you to modify your "Scyk" in an entirely different direction.

The Star Wars galaxy is full of riches for those who know how to find them—especially if you're willing to deal in illicit goods and contraband. But to move your goods and secure your riches, you'll need a ship able to stand against those who might oppose you.

For a long time, there have been places the Scum and Villainy faction haven't gone and Imperial blockades they haven't dared to run. With no ship able to stand against the Empire's Raider-class corvette or Gozanti-class cruiser, the faction has sought its riches primarily in Standard Play. But that time is swiftly drawing to a close. The time is coming for the galaxy's Scum to go Epic.

How will you outfit your C-ROC for battle? What will you do with its new M3-A Interceptor and pilots? With which of the faction's many tricks will you arm yourself? The C-ROC Cruiser Expansion Pack is scheduled to arrive at retailers late in the first quarter of 2017! 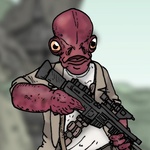 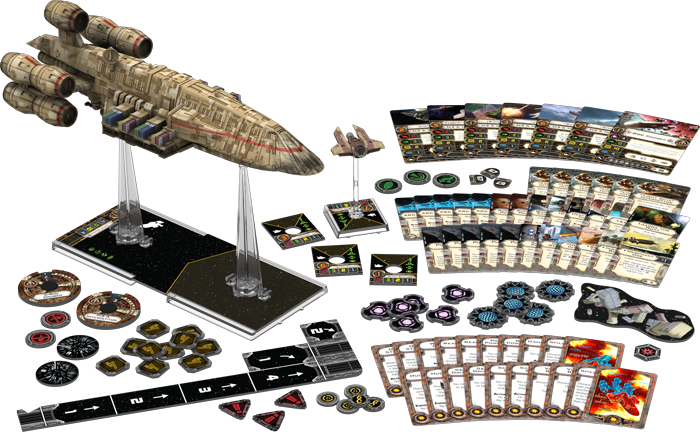 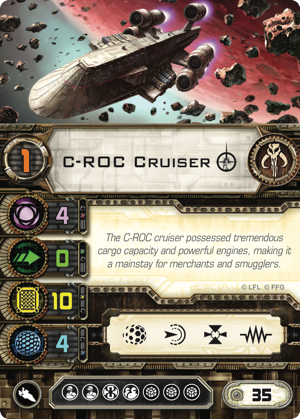 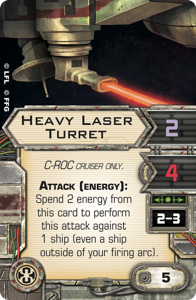 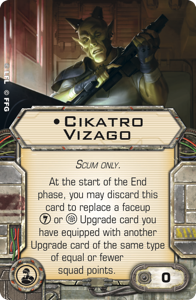 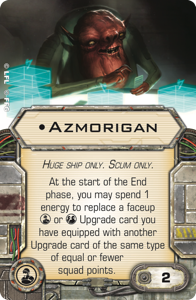 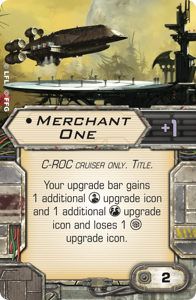 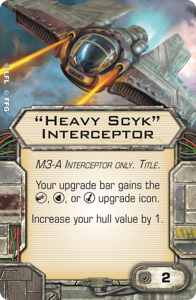 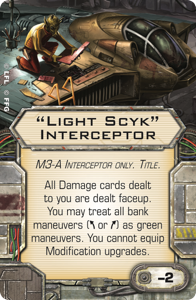 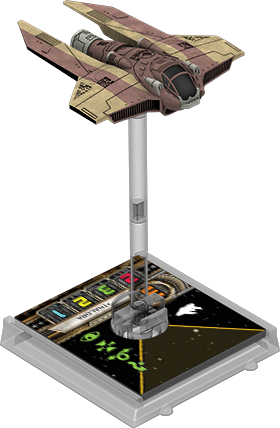 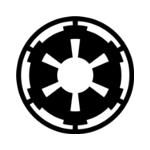 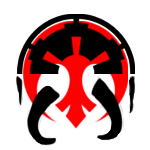 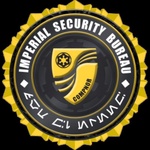 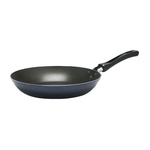 Oh boy .... that will escalate quickly! 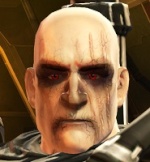 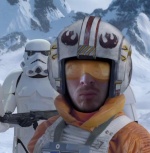