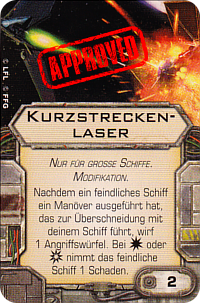 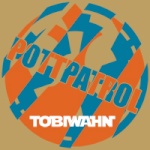 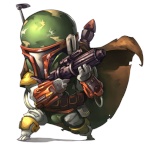 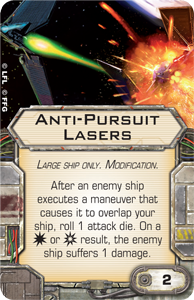 OVERLAPPING SHIPS
A ship overlaps another ship when executing a maneuver if its base overlaps the other ship’s base. If this happens, move the moving ship backward along the template until it is no longer  overlapping another ship. While doing so, adjust the facing of the ship so that the template remains centered between both sets of guides on the ship’s base. Once the ship is no longer overlapping another ship, place it so that it is touching the last ship it overlapped. The ship must skip its “Perform Action” step this round.

• While a ship is touching another ship, those ships cannot attack each other. They can still attack enemy ships that they are not touching.
• A ship may still perform free actions even if it overlapped another ship.
• When executing a maneuver, if a ship overlaps more than one ship, it is treated as having overlapped only the ship or ships that it is touching in its final position.
_________________
[Armada][Bochum] 4. Raumschlacht über Bespin in Planung!